The Mankind Initiative is the principal, expert and specialist charity in the UK focussing on male victims of domestic abuse. It collaborates and works in close partnership with other organisations and practitioners to support these victims too.

It was the first in Great Britain to support male victims. Its expertise derives from directly supporting male victims since 2001, its qualified professionals who manage the charity and its board which also consists of the UK’s leading academics and survivors.

The charity undertakes a number of core activities:

We have led the way (with Survivors Manchester) in calling for a parallel national Ending Violence Against Women and Girls Strategy called Ending Intimate Violence Against Men and Boys Strategy. We also both led the way in working with both CPS and the Home Office on their respective Male Victims Statements. In addition, we have led the way nationally in calling for a Alignment with Scotland on Coercive and Controlling behaviour to change the “household test

Our direct and support services are managed by qualified Independent Domestic Violence Advisers and meet sector standards such as:

Our public policy and communications activity is managed by a qualified professional who is a Member of the Chartered Institute of Public Relations.

The charity has members who sit on (and have sat on) the following committees and panels:

We are also work alongside a number of other organisations.

All of our services meet the Quality Standard.

We support and endorse the UK SAYS NO MORE campaign

We are also supporters of the Employers Initiative on Domestic Abuse

Our one day training course is CPD accredited We are members of the Telephone Helplines Partnership

The charity has received funding by the Chancellor
using LIBOR funds to specifically provide support
to male victims of domestic abuse within the Armed
Forces. 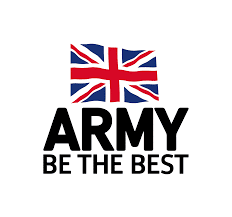 In the past the charity has sat on a number of other (some now defunct) committees, these include: