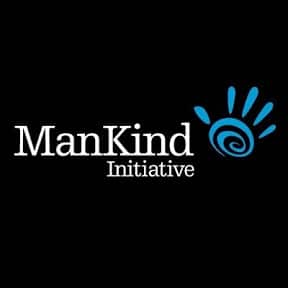 Following today’s news that the above appeal has failed with respect to the murder of James Knight by Emma-Jayne Magson in Leicester in March 2016, Mark Brooks OBE, Chairman of the ManKind Initiative charity supporting male victims of domestic abuse, said:

“We are pleased for James and his family that justice has been served once and for all. A much-loved innocent man, who has also been wrongly smeared, was killed in horrific circumstances. As police recordings show while he bled to death, Emma-Jayne Magson played down the gravity of the situation to the emergency services and lied about what happened. She also has two previous convictions for assaults on women, including a glassing, and accusations in court were made of assaults on two previous boyfriends.

“We would like to pay tribute to James’ mother and his wider family who have stayed strong throughout. This includes defending his reputation from the false and deliberate smears of others, including throughout the trials and also by campaign groups.

“There were serious consequences for all men if she had won the appeal. It would have effectively opened the door for a ‘licence to kill’ narrative where the default defence for any woman who kills their partner would have been based on this appeal, no matter what the facts and circumstances were. From a justice perspective, there would have been a grave risk that this would have become a consequence-free crime. Thankfully, this has now been averted, for now.

“It would have also continued to add additional barriers for male victims of domestic abuse in coming forward and be taken seriously, as it would have reinforced the message that ‘no one will believe you’.

For anyone wanting to find out the circumstances with respect to James’ sad passing, please review the summary of the March 2021 trial on Leicestershire Live (https://www.leicestermercury.co.uk/news/leicester-news/what-happened-night-emma-jayne-5079252) alongside the audio of the call made to the Leicestershire Police that they released.

(2)  About the ManKind Initiative

The ManKind Initiative (www.mankind.org.uk) is the leading national charity which runs a help-line providing, practical information and emotional support for male victims of domestic abuse and domestic violence. The help-line number is 01823 334244 (weekdays 10am-4pm) which relies on public donations.  It also runs an accredited training course, a national conference and a national services directory.